Disney Elsa Frozen Doll that Sings has changed the way our kids communicate these days. They SING!!!

They love the songs from the Disney movie Frozen. It’s not just kids that like them though, adults do as well. I find myself singing “Let It Go” more often than I would like to say.

First of all, let me tell you this…..There Is An Off Button! Parents whose children have other toys that sing or make noise need to know that they can turn it off when necessary. The on and off switch, as well as her battery compartment are on her back. That is where the speaker is too.

Her head moves from right to left and up and down, 360 movements. Her right arm also is free to move and even her elbow. The left arm has the singing mechanism in it and is limited in the way it can be moved.

Elsa comes with  ice wands that you can put in her hands to make it look like she is using her icy powers. 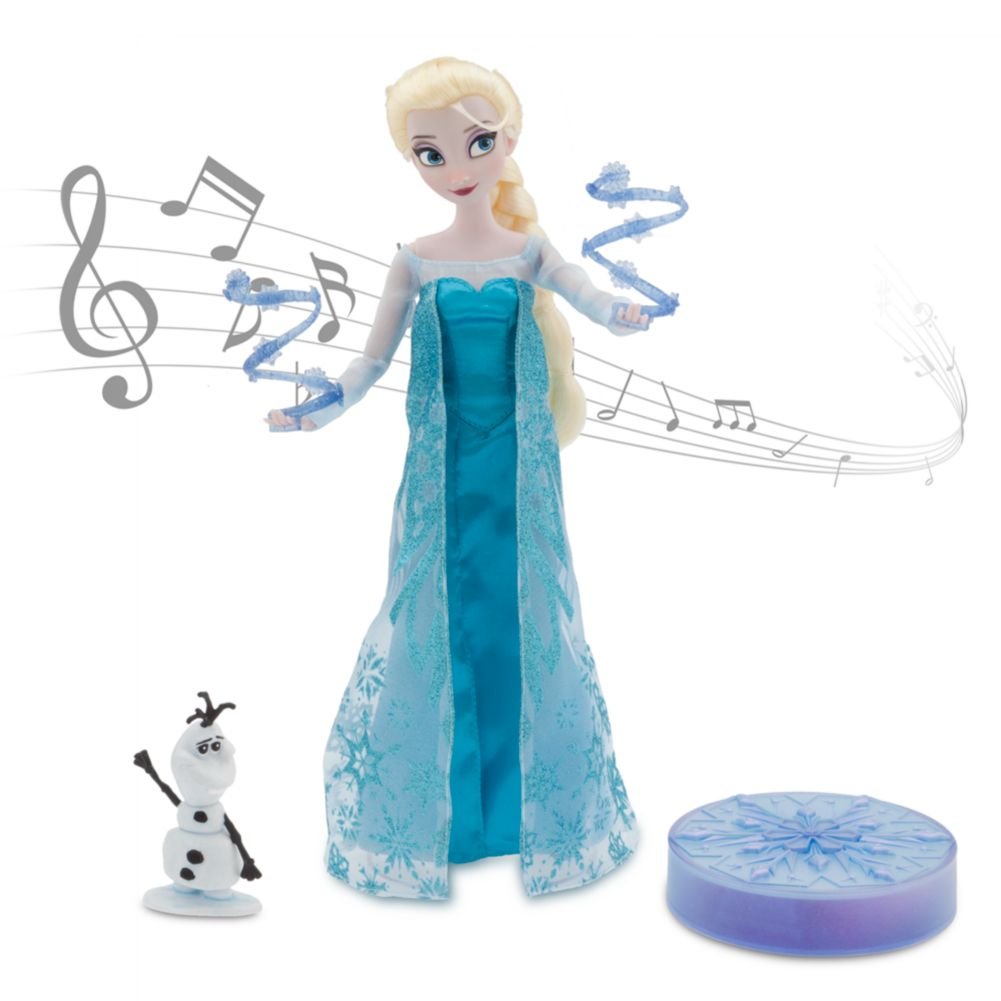 From what I am still hearing, Disney is going to produce a Frozen 2 for our entertainment. Frozen hasn’t lost it fever since it first came out.

This singing Elsa Frozen doll is from the original movie, but I am sure we can look forward to some new Elsa dolls with the coming of its sequel movie.